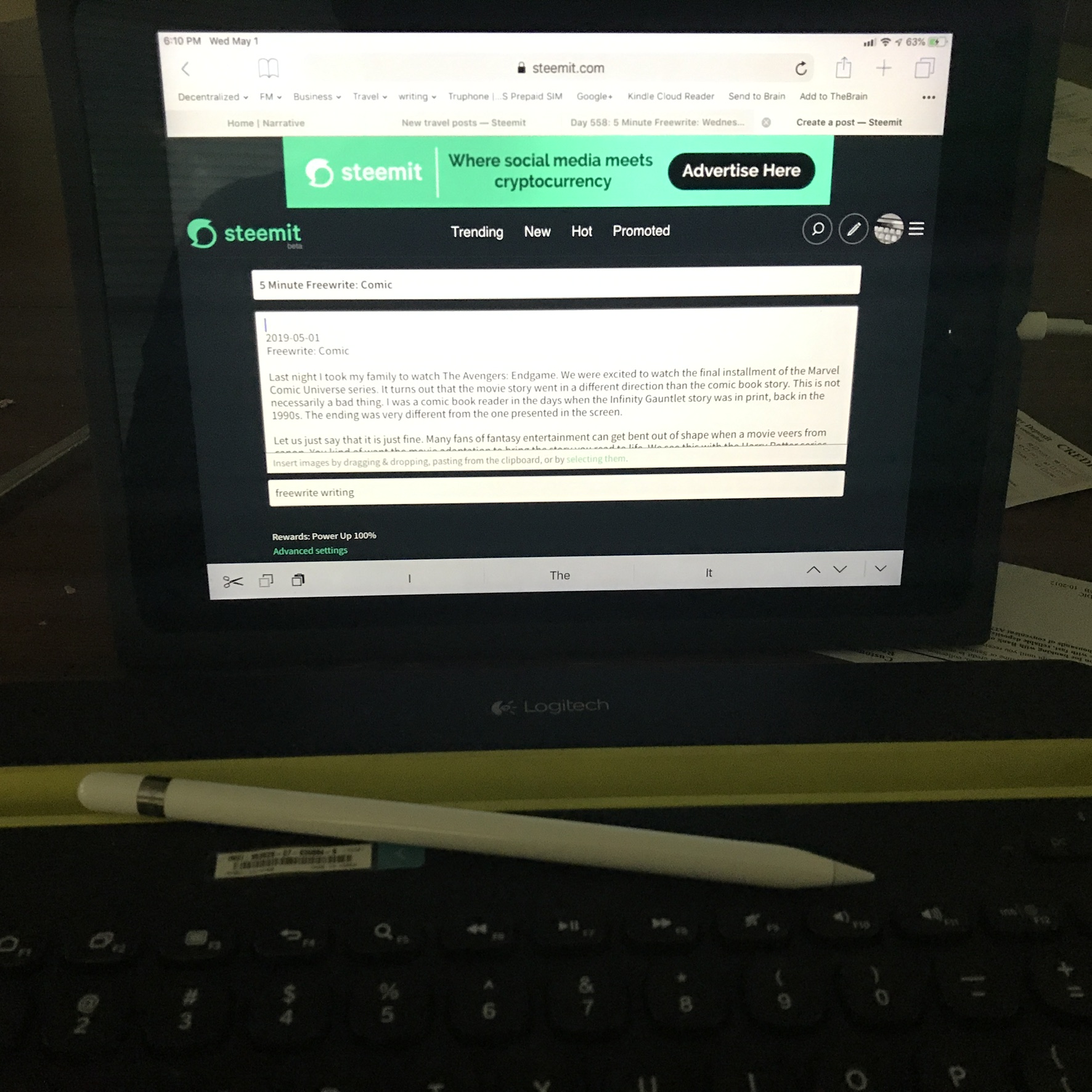 Last night I took my family to watch The Avengers: Endgame. We were excited to watch the final installment of the Marvel Comic Universe series. It turns out that the movie story went in a different direction than the comic book story. This is not necessarily a bad thing. I was a comic book reader in the days when the Infinity Gauntlet story was in print, back in the 1990s. The ending was very different from the one presented in the screen.

Thinking about it. I do not find it necessary to stick to the story. Many film or TV adaptations condense stories to reduce the number of characters and to speed the story along. As long as the story gets told, lines get shifted around, locations get changed, and characters are deleted.

After watching the movie last night, I can’t say that I was disappointed. Knowing what is going to happen does take away a bit of the wonder. So, it is for this reason that I am glad that the details of the ending of Infinity Gauntlet is different from the movie. I was riveted to the movie the whole time. There was pleasure in seeing a new story. All of this is fantasy, ultimately. It is about telling a story. I liked the story.