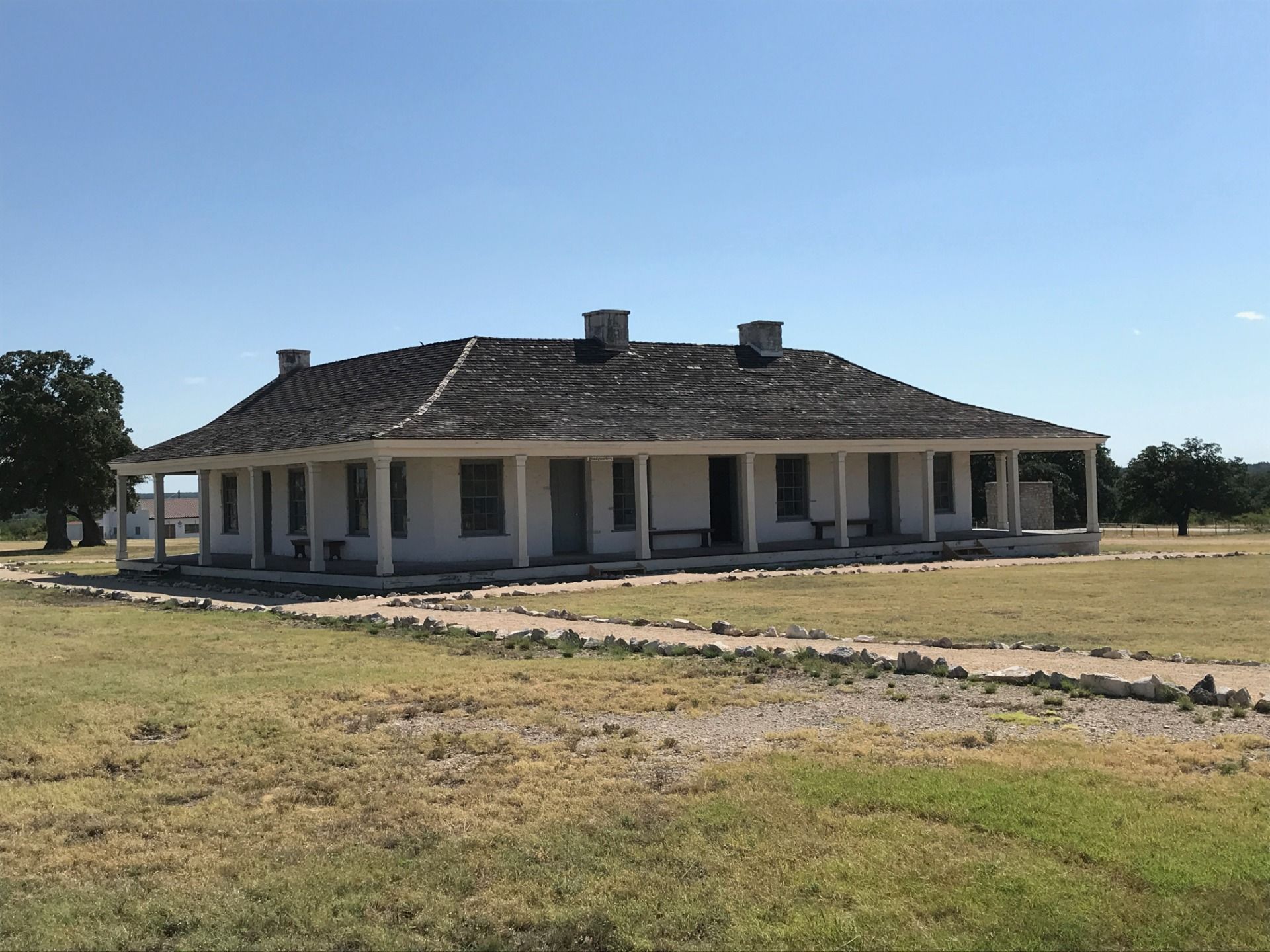 I used to joke that you have to go to San Angelo, Texas. You don't end up there by accident. That was before we visited Fort McKavett, Texas. If you are looking for remote destinations, this historic site is definitely for you.

Our family traveled from Junction, Texas to Fort Stockton, Texas last year. We saw signs on the highway advertising Fort McKavett, one of the oldest surviving frontier forts. As we were not in a big rush to reach Fort Stockton, we decided to take a detour to go see the historic site.

The route from I-10 to Fort McKavett is a long two-lane road that inspires worry about getting help if your vehicle should break down. Along the road, you will see entrances to ranches and oil leases. Traffic is sparse. Halfway there, you start to consider turning back.

If you remain committed, you will arrive at Fort McKavett, which is very different in appearance compared to the surrounding countryside, which consists mostly of brush and mesquite. There is a gravel path from the parking area to take you to the main building.

The main building houses the museum that preserves artifacts from the frontier days of Texas. When Fort McKavett was established, it was at the edge of the frontier to the west. This is also where you pay your entrance fee to view the historic site.

Gravel trails show you the way around the grounds. It is largely a self-guided tour. Some of the first structures you'll see are the officer's quarters. The structures are extremely small homes by today's standards. These quarters would be fenced in with a shed and outhouse in the back.

The furnishings for these quarters were quite minimal, consisting of a bed, table, and wash basin. To be fair, single men do not require much.

Married officers, on the other hand, had a bit more offered to them, when available. Here is a married Officer's residence, which had a living room, dining room, bedroom, and combination kitchen and servant's quarters.

As you may have seen by now, the accommodations for people living on the frontier were far from luxurious. Most furniture and supplies would have had to be carried by wagon across many miles of what was more desolate land in those days.

It was the Army that built and maintained these outposts to expand the frontier to the great west. Part of that also involved raising and educating the next generation of colonists. Students shared one school room to learn.

As for enlisted soldiers, the barracks provided minimal comforts. A bed, a place to hang their hat, a footlocker, and shared tables.

Many of the structures of Fort McKavett are in ruins. Not all was preserved so well. There are a number of stone structures that would have looked majestic at one time compared to the other buildings. Now, one can only imagine.

All of the structures surround the center square of Fort McKavett. This is where soldiers would have practiced marching and conducted other exercises. It was, in practical terms, the town square or commons. At the center of it all would be the flag pole with the star spangled banner flapping in the breeze.

It does not take much imagination to sympathize with the hardships that people who settled the frontier would have endured. When you see the size of their quarters, the size of their furniture, the distances that they would have had to traverse on horseback or on foot, and the utter remoteness from civilization, you feel a quiet anxiety for the need to survive.

We finished our tour back at the main building, which has a morgue out back. This drives home that feeling that these settlers had some high stakes in play. Nothing about Fort McKavett gives you a sense of idleness or lack of purpose.

I am glad that this historic site has been preserved so well. Although much of it has been reclaimed by the elements, enough survives to bring the wild frontier to life with you in it.

If you find yourself out in West Texas with a couple of hours to kill. I recommend visiting Fort McKavett for a nice, leisurely stroll through a ghost town.

The City of Falfurrias, Texas is a small community in South Texas. It is a two-hour drive south from San Antonio, and a one-hour drive north from the Texas border with Mexico. Falfurrias is on the way between many destinations. But, it is not often a place people intentionally choose to visit. Falfurrias Historical Marker Admittedly, Falfurrias is

More rain today. We shall have to skip the trail and use the track.

I have been procrastinating too much, today. I’m sure Hive will survive without me while I get some work done.

It looks like rain is on the way. I hope there is enough time to go for a walk before it starts pouring.

It looks like rain is on the way. I hope there is enough time to go for a walk before it starts pouring.